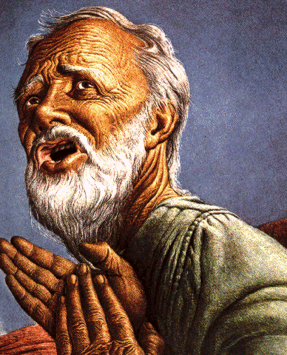 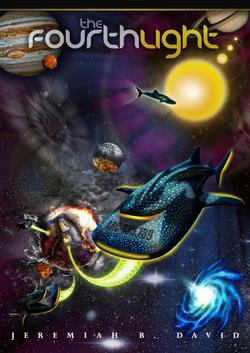 The Web-Master of this site has a unique standing in the world. He is the most senior Messianic Jew (in age I hasten to add) who has been baptised into the fourth and last True Christian Church of the current system of things. That church is the Lords' Witnesses.

​​It is hoped that this web-site will reach out to Jews, scientists and Jehovah's Witnesses alike. The Web-Master has touched the lives and been touched by the lives of all three categories of human being to a significant extent and wishes to bring his current knowledge to bear with the hope of uniting these people with Christ and therefore also with his father Jehovah by:

All of the above objectives are capable of being presented effectively due to the deep and wide-ranging understandings of Biblical Scripture that is the hallmark of the Lords' Witnesses uncovered through their discovery of the True Bible Code. The Web-Master would not have been able to communicate such powerful messages to mankind prior to his time serving as a Lords' Witness. It is hoped that ALL people seeking the truth will also find something here to bring them closer to spiritual reality.

As if that were not enough this Web-Site presents some of the Web-Master's own bible research. Whilst he has contributed to LW accepted doctrine, the research papers presented on this web-site have not yet been adopted by The Lords' Witnesses as doctrinal understandings except where otherwise indicated below.

There are several links to the Lords' Witnesses' spiritual food. The first is a succinct web-page on this site covering our main doctrines: Church Doctrine of the Lords' Witnesses. I have the honour of being the web-master for this page albeit under the church's presidential supervision.There are links from here into the main web-site should you be interested in further detail in any specific topic area. I hope you find this tempts you into finding out more about us.

If so, the next watering hole would be our introduction site which contains a simplified version of our main scriptural understandings: http://www.biblecodeintro.com/.

You can find the official web-site of the Lords' Witnesses at:
http://www.truebiblecode.com/ or http://www.lordswitnesses.net/.

We also have a site for our German speaking brothers at: http://lordswitnesses-de.blogspot.com/

Bible references throughout this web site have been taken from the Green's Literal Translation except where there are significant deviations from the precise meaning or current understanding of the original Greek or Hebrew texts in which cases the King James Version, New World Translation or another direct literal translation has been used such as Young's Literal Translation.

This is the JLW's first foray into writing science fiction.

If you would like a chance to read this in either e-book or paperback format please click on the following link for further details: The Fourth Light

The Church of The Lords' Witnesses Supports Messianic Judaism

I have also prepared some summary pages on the Lords' Witnesses Basic Beliefs. Key among these are the first two beliefs (Belief 1 - Hell is a Sin Bin and Belief 2 - 75% Saved into the Kingdom) that, together, represent the concept of Universal Salvation. ALL of mankind will eventually be saved. Lords' Witnesses, Jews, Christians, those of other faiths and those of no faith, those that love God, those that love their fellow man AND those that love neither God nor man. Your level of faith or love will determine whether you can serve in God's administration or be a citizen of the Kingdom. Your showing of repentance will determine how long and difficult it will be to attain salvation if you are not saved into God's Kingdom on Day 1.

If any of the messages on this Web-Site grabs your attention please email your query to the Jewish Lords' Witness Help Desk. Please refer to the JLW Privacy Policy prior to any such submission.

Site Last Updated on 3rd January 2022 with the new paper: The Rapture.

CORONAVIRUS NOTIFICATION: In these days of the Coronavirus pandemic, visitors to this web-site might be interested to read a paper I wrote many years ago on the age-old war between viruses and the human immune system. Whilst the paper was written with regard to the common cold Adenovirus, it put me in a good position to understand the different battle tactics used by the Coronavirus as you may determine from my later paper Covid-19. I had no inkling at the time of writing the original paper that it might come to the fore years later, but it looks as if my writing of it was no accident given the current circumstances in which we find ourselves: Science Proves the Existence of God.

ERROR NOTIFICATION: It has just come to the attention of the JLW that some images' positioning on this website are not being rendered correctly in Firefox or Edge. Having reviewed the problem with

my web site developers, this would appear to be a browser issue. If the reader is having problems in this regard, the advice is to switch to an alternative browser (Chrome or Safari are recommended) which should render the images' positioning correctly. A second Firefox problem has now come to my attention; it would appear that, in common with other web-sites, Firefox cannot connect with this JLW Home page. If the user is having this problem, it is easily resolved by flushing Firefox's cache memory.