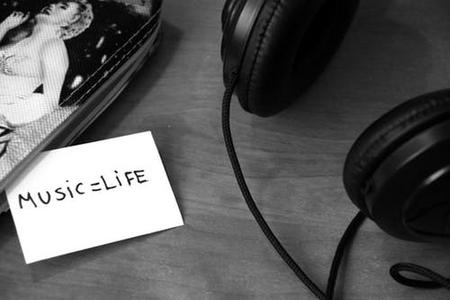 As a baby boomer, contemporary music is something that has always been important in my life and I am pleased to say that music also seems to be important to our God. I have always believed that music is the very highest form of art given its potential emotional impact on the listener. I therefore believe that music is a wonderful gift from God that involves a multitude of infinite possibilities in terms of rhythm, melody, tones, notes, chords, sound quality, poetry in the lyrics etc. So let us examine the scriptures to determine just how important music really is.

Well, what better place is there to start than the Book of Psalms which wholly consists of the melodies of David and others. These Psalms were specifically composed to sing praises to God:

1 Come, we sing to Jehovah, We shout to the rock of our salvation.
2 We come before His face with thanksgiving, With psalms we shout to Him. (Psalms 95 YLT)

2 While I live I will praise Jehovah; I will sing praises to my God while I have being. (Psalms 146 GLT)

The exhortation to singing praises to God is also written elsewhere in the Old Testament:

23 Sing to Jehovah, all the earth, proclaim His salvation from day to day. (1 Chronicles 16 GLT)

As well as the New Testament:

13 Does anyone suffer ill among you? Let him pray. Is anyone cheerful? Let him praise in song. (James 5 GLT)

25 But about midnight Paul and Silas were praying and singing hymns unto God, and the prisoners were listening to them; (Acts 16 ASV)

In his letters to several of his congregations, Paul exhorts them to use song in teaching themselves in the Word of Christ and for praising Him:

16 Let the word of Christ dwell in you richly in all wisdom; teaching and admonishing one another in psalms and hymns and spiritual songs, singing with grace in your hearts to the Lord. (Colossians 3 KJV)

19 Speaking to yourselves in psalms and hymns and spiritual songs, singing and making melody in your heart to the Lord; (Ephesians 5 KJV)

26 Then what is it, brothers? When you come together, each one of you has a psalm, he has a teaching, he has a language, he has a revelation, he has an interpretation. Let all things be for building up. (1 Corinthians 14 GLT)

8 And when He took the scroll, the four living creatures and the twenty four elders fell down before the Lamb, each one having harps, and golden bowls full of incenses, which are the prayers of the saints.
9 And they sing a new song, saying, Worthy are You to receive the scroll, and to open its seals, because You were slain, and by Your blood purchased us to God out of every tribe and tongue and people and nation, (Revelation 5 GLT)

Today, we are well used to all forms of music requiring one or multiple instruments to accompany the singing of the human voice. This was also the case in biblical times, demonstrating the human propensity for providing a variety of tones to lend a richness of sound in support of a melody. It would appear that musicians had a patriarch from ancient biblical times that initiated the art:

21 And the name of his brother [was] Jubal; he was the father of all those playing the harp and the organ. (Genesis 4 GLT)

7 Sing unto Jehovah with thanksgiving; Sing praises upon the harp unto our God, (Psalms 147 ASV)

25 The singers went before, the players on instruments [followed] after; among [them were] the damsels playing with timbrels. (Psalms 68 KJV)

10 And when the builders laid the foundation of the temple of Jehovah, they made stand the priests in their robes with trumpets, and the Levites, the sons of Asaph, with cymbals to praise Jehovah, according [to the ordinance of] David king of Israel.
11 And they sang, praising and giving thanks to Jehovah, because [He is] good, for His mercy [endures] forever toward Israel. And all the people shouted with a great shout when they praised Jehovah because the foundation of the house of Jehovah was laid. (Ezra 3 GLT)


Music as a Vehicle for Dancing and Celebrations

Whilst modern music can be seen in a bad light, in that it can encourage lewd dancing and an excess of partying, songs nonetheless were seen in biblical times as a genuine basis for people to celebrate joyous occasions. As in all things, done in an appropriate manner this would gain God’s approval. He wants His people to have reason to be joyful:

23 and bring the fatted calf, [and] kill it, and let us eat, and make merry:
24 for this my son was dead, and is alive again; he was lost, and is found. And they began to be merry.
25 Now his elder son was in the field: and as he came and drew nigh to the house, he heard music and dancing. (Luke 15 ASV)

The above sections discuss music made in biblical times, largely for the purpose of praising God. Clearly songs written and performed for this sole purpose will almost certainly meet with God’s approval. But what of secular music, i.e. that music which is not necessarily written expressly for the praising of God? I would like to think that there is some fine secular music which is not so written but to which God might think ‘Well that song is not about Me but it is a good song thereby demonstrating the musical talent that I have given the human race.’. However, there are certainly some songs, which may have tuneful melodies that are just plain satanic. One such I heard a little earlier today was John Lennon’s ‘Imagine’; a very popular song in its day that starts out by denying biblical teachings. I do not think that one will make it to the LW discography (see next section)!

How are we to determine if we should listen to any particular music or its performer? Well, following Paul’s advice to his followers in Philippi is probably not a bad place to start:

The advice of Solomon should also be followed:

5 [It is] better to hear the rebuke of the wise, than for a man to hear the song of fools. (Ecclesiastes 7 GLT)

Certainly any song lyrics that promote ungodly behaviour are to be eschewed:

5 Then put to death your members which [are] on the earth: fornication; uncleanness; passion; evil lust; and covetousness, which is idolatry; (Colossians 3 GLT)

And music is, of course a form of communication, so we have been warned:

In the introduction I mentioned that music can be a very emotional experience for the listener. Again we are warned against compelling but evil lyrics:

23 Keep thy heart with all diligence; for out of it [are] the issues of life.
24 Put away from thee a froward mouth, and perverse lips put far from thee. (Proverbs 4 KJV)

Now, I have to say, that my musical tastes could be called by some Christians to be perverse. There are songs and sounds from the punk, heavy metal and progressive rock music genres that I have to say that I enjoy a lot.  I find some of the angry lyrics and sounds do not offend me in the context of what I personally consider to be overall good talented music-making. Often I agree with those angry lyrics in that they can be expressing angst at the man-made systems under which we are forced to live. In all this my only thought is that God has given the human artists a talent for expressing themselves musically. If the artist’s intent in writing and performing a particular song is not in keeping with God’s wishes, then that is his or her issue with God and not mine. I think Paul’s letter to the Romans touches on this in that all things partaken of with a faithful heart are acceptable:

22 Do you have faith? Have [it] to yourself before God. Blessed [is] the [one] not condemning himself in what he approves.
23 But the [one] doubting, if he eats, [he] has been condemned, because it is not of faith; and whatever [is] not of faith is sin. (Romans 14 GLT)

As a little light relief, a while ago I suggested that the LWs should list the songs with which we would have some empathy particularly from the point of view of lyrics that we would wholeheartedly support. In fact, this suggestion lead to my writing this paper which had not previously been in my mind.

Much classical and semi-classical music has been written that explicitly sings God’s praises. However, here we are only considering relatively modern secular songs which might not necessarily be associated with a biblical theme. Indeed, there is no guarantee that the artist had a biblical thought in his mind when the song was penned. Our only interest is what the lyrics may mean to an interested and faithful Christian listener.

Gordon, the LW President, supported the concept so here is the very initial draft list of the church’s favourite singles presented in no particular order and complete with links to the songs' You Tube videos. I am sure this will be added to over time; if any of my esteemed readers would care to suggest any further additions to this discography, I would be grateful for your suggestions: