As you may already be aware from elsewhere on this web-site (see A Spiritual Journey) the Web-Master is a physical Jew who has been searching for spiritual  truth for most of his life. He has found it, he believes, not only through studying Christianity in general but by eventually settling on a specific denomination of Christian church that he believes has been chosen by God to lead his people into and beyond the destruction of this world through Armageddon and into his glorious thousand year Kingdom. Does this sound like the final grand passover or what guys?

It is interesting to note that the very laudable group 'Jews for Jesus' (see http://www.jewsforjesus.org/), who are an excellent evangelical group trying to bring Jews to know their Messiah, appear to think that all Christian churches are much the same. Given the plethora of different Christian churches and the parallel that there is when one looks at the various Jewish denominations ranging from the Ultra-Orthodox to the Liberal this is probably not surprising. I started out that way but I now believe that there has always only ever been, at most, one true church or people in God's eyes at any one time in history. In Old Testament times God only worked through a single mediator to his people. If our God is a living God why would he change this modus operandi now? In the view of the Lords' Witnesses he has not and that at times throughout history, when there has been any true church in existence, there has only been one in place at any one time and these total four since Christ sacrificed his earthly life for mankind. Needless to say the LWs believe that they are the fourth and last True Christian Church in this system and will be the church that God mediates through to lead mankind into his kingdom. Scriptural evidence for this proposition is provided at: http://www.biblecodeintro.com/intro46.html, although the casual reader may find even this introductory site hard work if he does not have a bible trained mind. If confused by this material please ask your questions by emailing the Jewish Lords' Witness Help Desk. Keep knocking and you will find the true church.
​

Here are some compelling reasons why a Jew searching for his saviour should feel that the fourth True Christian Church of the Lords' Witnesses provides him with a religious home far closer to his roots than he would be likely to find in any other Christian congregation. The reason for this is that the LWs recognise the power of the Old Testament scriptures to a far greater extent than any other Christian denomination as far as we know.

Whilst the majority of Lords' Witnesses originate from the ranks of the Jehovah's Witnesses (the Third True Christian Church of the current system of things) or from other Christian denominations, they nonetheless consider themselves to be spiritual Jews. After all their spiritual king, Jesus Christ, is a Jew not a Christian.

Anyway check the following observations and see what you think of your fifteen reasons to be cheerful: 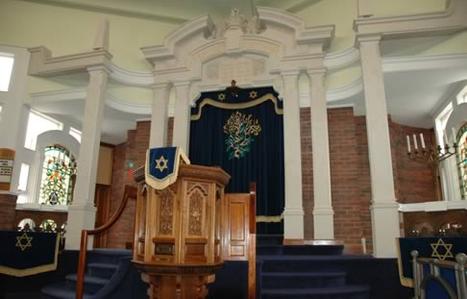 This is the Jewish page on the Web-Site aimed at Jews who are thinking about recognising their saviour in Jesus Christ. You may find a Christian church here that may make this task rather easier for you than it might previously have seemed.